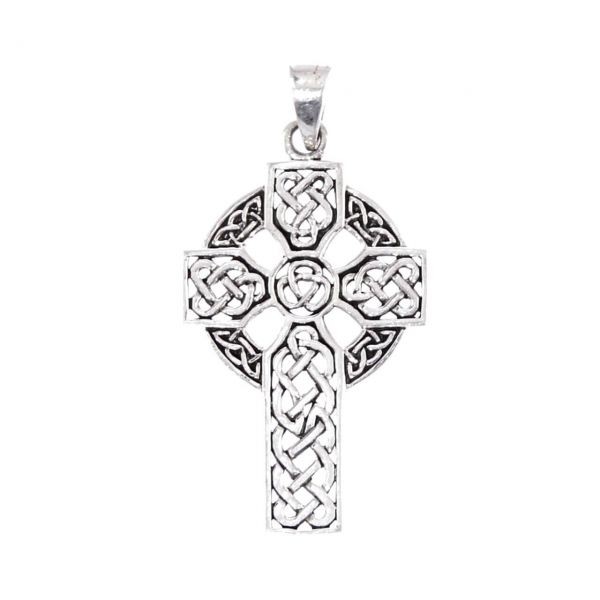 The Celtic Cross, also called Celtic High Cross or Irish Cross origins from the early Middle Ages and marked special places there, which were mostly used for celebrations and ceremonies.

The infinite Celtic knots that make up the cross are symbolic of the complexity and interweaving of all things in life. In Celtic prehistory, they probably even originated in the Bronze Age.

The old belief that the weaver of fate has spun a thread for each of us and that it crosses and knots with other threads of fate is found in the cross. The cross also represents the four cardinal points north, south, east, west and the gods who live there. The wheel cross also marks the intersection of two streets. Those of the living and those of the dead,

The silver pendants are made of 925 sterling silver and are solid and handcrafted.