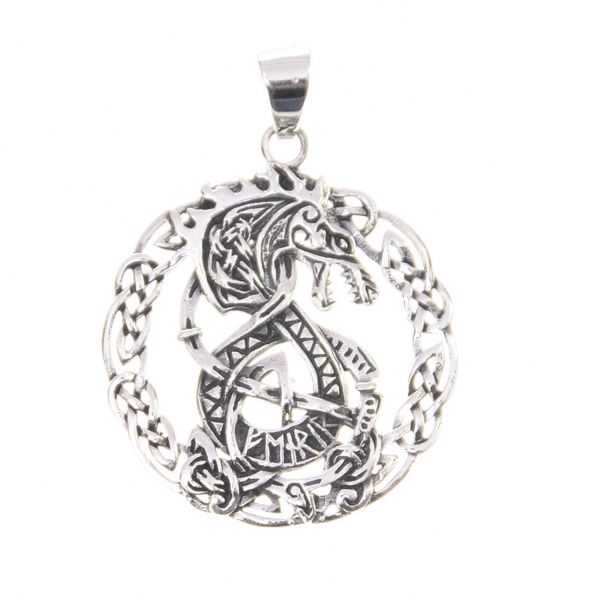 The Fenriswolf, also called Fenrir is the firstborn of the godfather Loki from his relationship with the giantess Angrboda.

Gods were afraid of him because he was wild and already very strong as a young animal. In order to get control of him, they took him to Aasgard where he should be tied up. Ultimately, only a bondage made from 6 things that do not exist in the world could bind the wolf to the rock. There Fernrir bit off Tyr's hand when he realized that he could not free himself.

Only in Ragnaroek at the end of all worlds he can free himself and kill Odin, but then Odin's son Vidar killed him. Fenrirs sons Skalli and Hati are the wolves that chase across the sky and devour the sun and moon.

The pendant is made of 925 sterling silver, and has an eyelet width of 4x7mm. The back is smooth and slightly curved inwards. The name Fenrir is written in runes under the wolf's head. The Feriswolf is surrounded by a ring of Celtic knots on which it rests slightly raised.