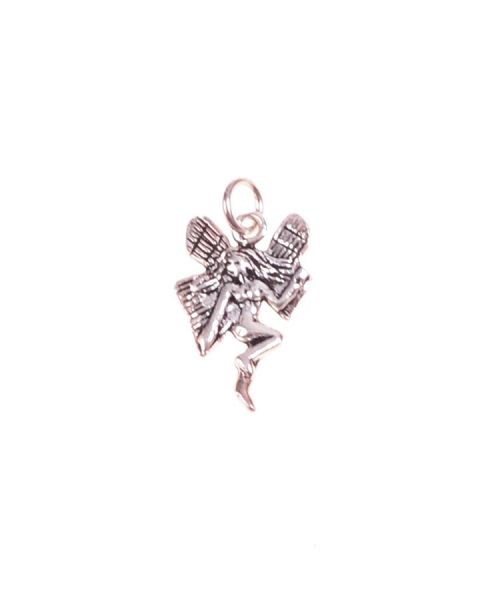 Elves, also called alb, are a very heterogeneous group in mythology and literature. They come from Nordic mythology, where they are called  álfr .There they are first mentioned in the Edda around 1220. In later (Christian) medieval ideas, the Alb was a wicked, naughty monster. On the contrary, the fairy personified the good. This is also called light elf (Lightalb). In more modern fantasy representations such as Tolkien and Hennen among others, elves (Elves) form an independent, human-like and magic-permeated people.

Elves and fairies stand for magic, sorcery and practical jokes. Immortality and serenity are her hallmarks.

The silver pendants are made of 925 sterling silver and have an eyeled width of 4mmx7mm.